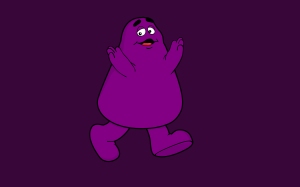 Hello, readers. It is Day 2 of the Captain Awkward Dot Com half-yearly pledge drive. If you like it here and can spare a dollar, consider making a small donation and getting a copy of my short movie, The Wardrobe. Thanks to everyone who has contributed so far!

I have written to you in my head so many times already that this should be easier than it is. I need something like hope.

Everything I touch turns to ash. If I want it/like it/believe in it, it will fail. i keep trying to come to terms with this, but I guess I’m just too dumb to know when to quit. It’s not like my life has ever been a parade, so I should be able to just slog through this darkness too, somehow. I’m almost thirty now, and I never really expected to get that far – but there you have it. I guess the trouble really boils down to the slogging has gotten more like treading water, and ~I’m just so tired~.

I live in a really conservative area, and have since I was little. Every time there’s been a chance of getting out, something has happened to drain my meager resources and mire me here. What little passed for low-income health care/support has been utterly decimated in the last two years. Even if doctors/therapists could help with the pain/darkness, I don’t have access to it. It’s shameful, but if it wasn’t for Husband’s apparent superpower of Acquire Food (seriously – random coworkers/acquaintances feed him constantly) we seriously would not have had bread on the table since my monumental hubris invoked the Cloud of Doom to prove it’s still there.

The short of it is that on the hamster-wheel that is trying to survive, I had two jobs for a while. The part time job was at a small local business, apparently quite successful, with more demand than could even be met. Family drama seemed to be the prime motivator when the owner decided to sell. Being the idiot I am, I asked how much.

I had my plan, I raised capital, I sought funding for the rest.

Hindsight: I should have pulled out when the owner refused to open the books fully to my/lender’s inspection for “personal privacy”. It was a sole proprietorship – seemed reasonable at the time. We couldn’t get funding at that time without the old books, because the powers that be saw us as a successor business, though the management and practices and staff were all changing. I had my plan, the way to streamline the processes and produce a better product. I had grand hopes for Being the Change, and also, for once, having enough to live on.

So – gods help me – I proposed a payment plan for the purchase.
A year and some change later, with many smaller battles and struggles behind me, ~their~ bank showed up to foreclose on ~them~, and pulled the rug out from under us.