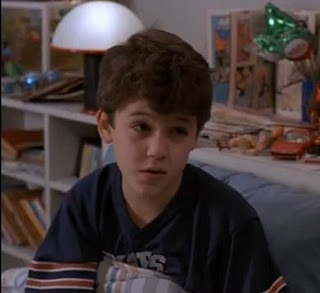 “Is this a kissing book?”

I’m in love with my best friend. That sounds like a really lackluster problem, but it’s really starting to weigh on me in a way it never has before. I’ve tried to talk to some other friends about it, but they don’t really seem to count as outside opinions (our friends are basically gunning for us to get married). I would really appreciate an unbiased viewpoint!

My best friend is wonderful in every way. We’ve been inseparable since high school. Everything we do together just seems so special and memorable, like a movie. We can keep up with each other and encourage each other. We adventure together. We can talk to each other in a comfortable stream-of-consciousness and work out our problems together. We grew up together. It’s been five years and my heart still jumps up into my chest every time he walks through the door.

I’m so in love with him, but I’m starting to wonder if anything will ever change between us. If we ever started to date, physical intimacy would be the only new development; we’ve already covered most of the bases for beginning and sustaining a healthy relationship. I’ve reached a level of intimacy with him that I’ve never found with anyone else. Pursuing a relationship with him seems so strange to me. It’s something I thought about a lot when we were a bit younger, but now it just seems silly. I see us staying friends forever, and I could even picture us being married, but I could never see us in a relationship together. It’s just been too long- it almost seems like we’ve passed the mark. I just don’t see anything to be gained by dating each other.

END_OF_DOCUMENT_TOKEN_TO_BE_REPLACED

Production still from my film, The Wardrobe.

I’m twenty years old, I’m in my third year of college and for the first time I have a fat – no – a phat crush on someone. I’m not new to dating or youknowwhat (well, not extremely new anyways..) but I’ve never felt so hopelessly into someone before. I guess you could say this is my first real crush.

The problem isn’t that he *doesn’t know I exist* because he does, we talk in class and around school. I just don’t think he’s into me. I’ve seen the girls he’s dated and I don’t think I’m his type. Also we only chill at school, we’ve run into each other at parties once or twice but were really just classmates.
My brain is telling me “let him be! Find another boy! You can’t force these things!” but another part of me is ready to bend over backwards to become this boy’s type. All of the sudden I have urges to get new clothes and a haircut.

Also, I have a class with him and his recently ex girlfriend. Anytime I want to chill (…or flirt…) she comes swooping in…

Its silly. I want to either shut this whole thing down so I can concentrate on more important things (what I usually do, but this one has me hooked) or convince him that I’m actually a cool kid and move on to the next level. This secret longing bullshit is getting old. I met him a year ago! How do I move on? Or, is it wrong to change somethings about myself in order to get a dude??

I love everything about this question, because:

1) Helping geeks ask people out is one of the reasons I got into this advice-blogging business.

2) Your question allows me to directly attack the dominant cultural meta-narrative around women, desire, appearance, and agency, which is one of the reasons I get up in the morning.