Gather round, Awkward Army, and join me, Sweet Machine, for a Shapely Prose Tent Revival! 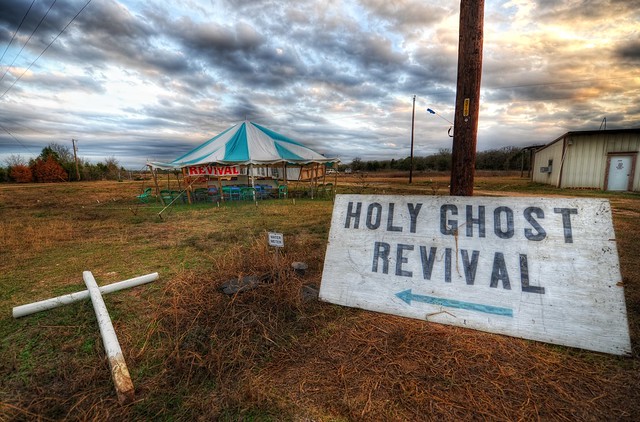 The occasion of our glorious gathering is the existence of the Pavlok wearable fitness tracker, described by the Telegraph as a device “which gives the wearer an electric shock if they fail to meet their daily exercise targets” and by the incomparable Lindy West as “like a Saw movie and/or dystopian nightmare in which thigh gaps have become the global currency.” Here’s the idea: you set some daily goal (which the Pavlok site suggests might also be something like writing 1,000 words or going to sleep on time, but let’s be real — they mean exercise), and if you do not meet your goal, the device will zap you like you are some kind of lab rat. I know what you’re thinking: a brief electric shock is just what I need to get sleepy for a responsible bedtime! (No. This is not what you’re thinking.)

I have so much to say about this method of fitness-by-torture that I could literally write all day and not finish. This post would grow and grow, my endless anger at the world that constructs beauty ideals so toxic that this seems reasonable to anyone spilling over until it takes over the whole site, breaking the tent poles and all. I will not do this thing. I will use my ability to control my own body and brain in this small manner. I will do this because I am in fact not a lab rat but a human being with autonomy and free will, and I don’t need to fucking strap a torture device to my wrist to be the kind of human I want to be.

This is not the first time I’ve written about efforts to introduce torture into weight loss. This idea makes a certain kind of insidious sense, if you buy into the notion that being fat is a moral failing of individual persons (an idea, btw, that transparently is at odds with the idea that we’re in the middle of an “obesity epidemic,” but who says logic has anything to do with fat-shaming?). If you think that fat people are fat because they are constitutionally incapable of eating less or exercising more, and that “calories in < calories out” is a method that will always lead to thinness, then the idea of torturing fat people just a little bit for their own good sounds pretty effective. I mean, sure, it’s unpleasant, but it will work, and that’s more important, right?

Look, it’s true that habits are hard to establish and hard to break. Gamifying your life is an intriguing possibility that uses rewards and punishments to provide external motivation for behavioral changes, and sometimes that works: it can be very very hard to overcome your internal inertia to do something good for yourself, especially if you are prone to depression. Personally, I have become worlds more likely to do the dishes and to write every day since I started using HabitRPG, a free site where I can set my own rewards for good behavior and also have a red panda cartoon companion level up with me. It’s just a little extra boost of motivation each day: if I draft a new poem, I am a tiny bit closer to buying a new dress from Ureshii. There are lots of ways to trick yourself into performing more self-care — including enjoyable exercise as self-care! — that are about building you up rather than breaking you down. Because you know what is not that likely to make you overcome self-loathing-based inertia and go for a jog? STRAPPING A PAIN MACHINE TO YOUR BODY.

This unholy child of Pavlov and Milgram is the logical extension of a fat-shaming culture. Not only are you supposed to volunteer to torture yourself, but you’re also supposed to spend money for the privilege. Make no mistake, Awkwardeers: this is part and parcel of the massive beauty and weight loss industries that sell you the idea that there is something disgusting about your body and then sell you products to fix it, thus reifying the disgust by making it real for you even if it’s not for anyone else.

You are not disgusting. You do not deserve to be tortured. You would not torture someone else, because you are not a torturer. You are a human being with as much worth as every other human being on the planet. You are made out of atoms that were ejected by supernovae when the universe was young. You are a fucking miracle.

84 thoughts on “Shapely Prose Tent Revival: Please do not literally torture yourself, ever”