Three years ago, I skipped 8th grade and started high school.  Most people were awful about it, but several girls and one guy (ONE! In my WHOLE GRADE!) who actually spoke to me treated me like a was a human being with thoughts and feelings, because I AM.  Being sad, lonely, and scared, I became close to these people, and quickly developed a crush on That One Guy.

Everyone has a That One Guy (or Girl), who makes them feel happy and giddy and better on a crappy day, at some (or many) point(s) in their life.  Unfortunately, my current That One Guy has solidly Friend-zoned me.  He is kind and smart and athletic and funny and, while he’s not gorgeous, his personality makes him seem to me much more attractive than average, which is likely how a stranger would see him.  Yet he is COMPLETELY oblivious to my feelings.  Once, he asked a friend of mine (who didn’t know about my feelings for him) to Junior Prom IN FRONT OF ME, then got confused when the next day I said I probably wasn’t going.  That’s how oblivious he is.

Anyway, I have recently decided I need to get over Mr. Oblivious, because he is now dating someone. (Another sort-of friend with no idea about my feelings. YAY!)  I was literally attacked by the thing sitting on top of my Facebook Newsfeed telling me that they are now in a relationship.  I need to get over him.  It is not healthy to have feelings for this guy anymore, because at this point if he ever did ask me out, we’d be starting at such unequal levels of FEELINGS that it would have disastrous results and, more to the point, he is Not Interested, which makes him Not Worth It.

So, how do I face her every day in class?  How do I get over this guy who has never deliberately been a jerk, just hurt me through his obliviousness and the fact that he, as a human being, exercised his right to have feelings for whoever he wanted and it hasn’t ever been me?  How do I pretend I’m okay with this in school, where I have to see at least one of them for about 5 of the 6.5 hours I’m in school?  How do I avoid breaking down about this?  He’s just a guy and I don’t want to need his approval or presence in my life to be happy.

Thanks for reading (and hopefully responding!),

Your FEELINGS will fade with time. But I’m glad you wrote in, because there is a lot to talk about here and a few ways you can use this experience to level up the next time someone sparks your feelings before they become FEELINGS.

First, let’s deconstruct the moment when That One Guy asked someone else to prom in front of you because he was “oblivious” to your feelings for him. Why do you think he was oblivious about your feelings? Could it be that you’ve never said anything about those feelings? I know all about Firthing from afar, believe me, but you can’t be mad at someone for being oblivious about something that you’ve never told them about and are in fact DELIBERATELY HIDING. If you want to go to prom with someone in the future, next time, mention it: “Do you have plans for prom yet? Would you like to go with me?” Maybe he’ll say no. I can’t lie – that is a TOTALLY AWKWARD moment. But it is a totally survivable awkward moment. Your life will have many awkward moments like this (sometimes you’ll be the asker and sometimes you’ll be the ask-ee). They’re kind of necessary for getting to the kissing parts.

The objects of our affection can’t read our minds. You can be full of feelings and it feels to you like everyone can see them like the words are written on your forehead, but really, they’re invisible until you do something like using words to manifest them. Your friend, who is now dating That One Guy, also can’t read your mind. That One Guy dd not create these feelings in you and then cruelly fail to consummate them, even if it feels that way right now.

Second, let’s talk about the Friend Zone and why I hate that phrase and that concept.

“The Friend Zone” is borne of wounded entitlement, where you feel like a friendship is something you are settling for with someone who you think *should* be dating you. It isn’t a a place that someone else puts you. It’s a place that you put yourself, a kind of emotional penalty box, and it’s a bad place to stay for longer than say, two weeks after an awkward rejection from someone you like.

Take a week to fully wallow in bitterness, and then choose an adventure:

1. That One Guy is a good friend, and after a couple weeks of readjustment, you’re pretty sure that you guys will be good friends without all this weird tension.

2. Your feelings are too strong and too hurt and you need a big, substantial break from even being around them. Maybe you’ll be friends down the road, hard to say right now. Remain on friendly terms, but throw yourself into meeting other people doing other activities, writing, making art, volunteering, a part-time job. Distract yourself big time. This is a 100% okay option. If you ask someone out and they say no or like someone and they reject you, you get to bail on the entire thing if you want to and don’t have to pretend everything is okay for the sake of friendship that isn’t really friendship.

3. You will keep hanging out with That One Guy and your friend in the hopes he will change his mind and date you, carrying your wounded entitlement with you everywhere and letting it infect all of your interactions. They will notice the weirdness and repeatedly ask you what’s wrong. You’ll say “Nothing,” in that tone that means that obviously something is wrong. Things will eventually detonate in a giant dramabomb where you confess your feelings and also take him fully to task for his “crimes” of not feeling the same way or noticing that you were in love with him. High possibility of FEELINGSMAIL or FEELINGSART.

It never gets you the romantic attentions of the person that you’re interested in, because behaving like a giant bitter weirdo who is entitled to something that you don’t even have the guts to ask for does not endear you to others. Also, oneitis keeps you focused on someone who isn’t focused on you, to the detriment of other good things in your life, including other dating opportunities. By doubling down on your emotional investment you just prolong the time when you feel bad and weird and things don’t work out your way. It also increases your entitlement because now you feel like the other person owes you something because you’ve spent all this time obsessing over them. Some people do this for years.

Some fictional characters do this for CENTURIES. 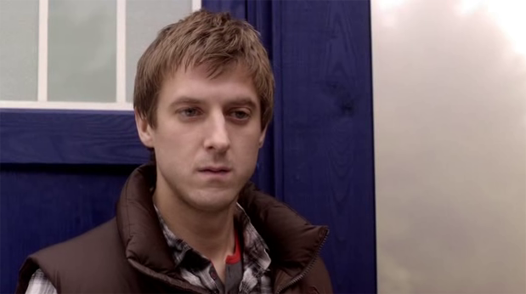 Letter Writer, sorry to hijack your life with my fandom, but Rory Williams-Pond: I Do Not Understand Some Things.

Like…what did this guy do for 2,000 years besides guard a box that can’t be opened by anyone anyway?

Shouldn’t he have learned everything? Everything about history, languages, amazing skills?

Shouldn’t he have had friendships? Fallen in love with other people? Fathered children? Introduced past civilizations to hygiene and advanced ideas of nursing? Had 20-30 different careers? Gotten 250 separate university educations? Explored every possible road not taken? Been tempted away and returned a thousand times? He’s older than the Doctor now. And he has had many of the same problems as the Doctor, namely watching everyone and everything else around him die and fade away while he remained. The show says that he remembers everything from his time waiting, so where did that knowledge and experience go? Were there no good parts in any of those years? Can he have emerged with no secrets, no adventures, no gains except a better hairstyle? Is it romantic to hitch your well-being to one specific person (at least in this case she did love him back) or just pathetic?

Okay, LW, away from my fanfic prompts and back to you. You have done the hardest part by yourself, which is having a great attitude about not being entitled to his affections and looking for ways to feel better and take care of yourself. I applaud you. You are not going to hang around these people like a fart in a car waiting for one of them to love you That Way. I think you will feel better soon and get to keep them as your friends without much FEELINGSCARNAGE.