Summer Lovin’! I have now exposed myself as An Old.

I am a recent High School graduate and I  am going to start college in the fall somewhat far away from my home state (about an 11 hour drive) and i am so excited I’ve made a countdown and I’ve befriended all of my soon to be classmates on FB and found a blog run by a student who goes to my soon to be college etc etc. I feel like college will be a great time to start over and kind of reinvent myself (I’m shy, somewhat introverted, anxiety prone, and awkward).

I’m also in love with my high school crush and just recently he told me that he loves me and I know he’s serious and telling the truth and everything and it’s great because I love him back. The thing is in the fall I’ll be leaving him for a new life basically. New friends, new habits, new state, new love interest possibly. And he knows this. And he told me he’ll just have to accept my decision because it’s my life and not to put my it on hold for 4 years because of him.

The thing is I really would have put my life on hold for him . I really do love him but I know what he says is true. And I suppose it is pretty naive to think I won’t find someone I really like in college (which is what I was telling myself).

We’ve never been in a relationship with each other though we got really close the last 2 years of HS. And we actually kissed the last like 3 days before graduation!

I don’t really have much freedom to go out and he definitely does not so our chances of physically being together this summer are slim to none. (We have been texting, tweeting, and skyping however).

Here’s the thing. I have some hope that when I return home for the winter break I’ll have more freedom from my parents and that me and him can hang out and go on dates etc. I haven’t told him because if it ends up we don’t keep in touch or he finds someone else I don’t want that to be a broken promise and a hurtful reminder or what could have been. Idk. I just don’t want to make a promise and then not be able to keep it.

Also, I’m kind of hoping that during the time i’m in college until the winter break when I come back home that he’ll have matured (I guess is the right word) a little bit. I’m pretty sure my mom wouldn’t approve of him if we ever started dating and I brought him home to visit. He’s what my mom would call a ‘project’ (because he got ok grades in HS, is not going to college, doesn’t really know what he wants to do, etc) .

But I’m getting ahead of myself! I still have 2 months before I go to college and then from there 4 months until winter break.

Is it stupid to have some hope for the future? Should I get it into my head that we will never be together? Should I voice my thoughts and concerns to him? And how can I get the chance to hang out with him this summer?

CommanderLogic here.  I’m gonna get this out of the way right now: you’re on birth control right? Yeah, I know, you barely see him, you only just kissed, he’s housebound for some reason, etc.  But if you are not birth controlling right now, or you’re holding out for those sweet, sweet confidential campus health services (which would be very responsible of you, btw), buy some condoms, grab a back up pack of Plan B if you can afford it (better to have it on hand than to explain why you need to run to the drugstore RIGHT NOW to your mom), pack it all away (in an away-from-home safe spot if necessary), and just have that contingency covered and off your mind.  Cool? And if you are on BC (woot!), a backup is a good idea anyway.

Because sex is a possibility here – though not a requirement –  I think you and I can agree that a fetus-shaped wrench in the works is bad news. Condoms and Plan B do not mean you HAVE to have sex, they mean you are prepared if you decide to.

OKAY NOW. You love this guy. He loves you. He’s agreed to let you be free like a bird, and you think this is great, but also what if you stayed forever?  Everything you’ve said here is full of amazing potential and possibilities, and you sound like you have a good head on your shoulders with your dude sounding equally wise.  We here at Awkward Enterprises don’t have a crystal ball, alas, but I want to say that your impulse to go far away to college and embrace it with everything you’ve got gets the Awkward Army seal of approval.  It’s brave, it’s gutsy, and I’m 99% sure it will be amazeballs for you (natural disasters, etc notwithstanding).
But it is not stupid to wonder if you and this guy could have a future, because it feels SO AMAZING to be loved back, whether it’s the first time or the fiftieth. Being loved back is not something we are guaranteed by life, so it is completely natural to cling to love when it waltzes in.  I think you’re both being very mature in considering that your time together may have a time limit, but it also sucks to remember that. 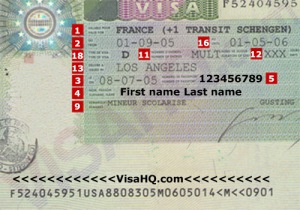 Or, it’s like a visa to France. It will end eventually, but the experience is a delight.

You don’t have to get it in your head that you are Never Going to Be Together, because guess what? You’re together now.  What you have now is like Disneyworld. No, seriously, go with me here.  You got to go to Disneyworld.  But, you don’t get to LIVE at Disneyworld.  There is a set day where you will have to leave Disneyworld, and maybe you’ll go back someday, but the fact that you have to leave after a week shouldn’t diminish the fun you have while AT Disneyworld, or the wonderful memories you’ll have about it later.  It’s cliche because it’s true: live in the now.

I think you should definitely talk with your dude about all this stuff, and see what he thinks.  The basic stuff here is “I’m leaving, you’re staying here, but we’ve got two months to have an amazing time together, and maybe MAYBE there will be more in the future.  I don’t want either of us to put our lives on hold while we’re apart, and I want you to be the happiest you can be. What would that look like to you?”  And also “How do we make these two months completely amazing?”

Hanging out with him more shouldn’t be that hard, but then, I don’t know what your situations are in terms of location, driveability, public transit, friends/siblings with cars, summer jobs, parent-hardassing, whathaveyou.  I’m going to give you some suggestions, but above all else, both of you need to be honest with your parents; you are still living with them, so you want to stay in their good graces:

I know I’m making a lot of this about your parents, but you know your own mind while seeming uneasy about their opinion, and both of your movements feel restricted right now.  I don’t know them, of course, but if they are anything like 90+% of the parents I’ve ever known, they’re just normal, good people who want their kids to be happy and safe.  Sometimes, the balance between “happy” and “safe” is all out of whack, because pursuing happiness is often a risky business.  Love hurts, the future is scary, and you’re only just on the cusp of independence. They’ve had 17 or 18 years of trying to both protect you and let you do your own thing, and this “stop it with the protection” stuff is all new to them, too, so keep in mind that they may play a little harder to the “safe” at the expense of the “happy.”

Your mom may be concerned about him more because she doen’t want you to put off your future to stay with him. If you alleviate her fears on that score (“No, I am 100% leaving for college and never coming back, but I want to bask in a relationship while I’ve got it, and I don’t want to do it behind your backs.”), she may be more amenable to letting you guys “officially” date or whatever.  Make this guy “safe” for your parents, and they’ll probably be more ok with risking “happy.”  I don’t know what your guy’s parents’ deal is, but that’s for him to focus on.

You focus on the now. He makes you happy now.  You should tell your Mom he makes you happy now.  He should tell HIS mom that you make him happy now.  Plan how to see each other in person more, not necessarily alone, just more.  Don’t plan your wedding, don’t plan how you’ll stay in touch, don’t think about how it will be better when you get back for winter break, because who knows? Maybe that Mayan Calendar hooey will come true.  Maybe you WILL fall in love with someone new in college.  Maybe you’ll come back at winter break and pick up exactly where you left off.  Maybe you’ll fall in love with SCIENCE and stay behind for most of winter break to work in the lab (more likely after sophomore year, but still).  Maybe he’ll join the Navy and you won’t see him at all for the next four years, but when he does show up it’s all cupids and unicorns.  Maybe you’ll never see each other again.  The future isn’t here now, and it’s always different than we planned it, but the good thing about the now is that you’ll have the memory of it forever, and your story can contain the words “Once, I was loved.” Not everyone has that.

On the day you leave for college, have a big, teary, kissing goodbye. You were so happy.  You know what that feels like now.  Go take that memory with you and make it happen again.