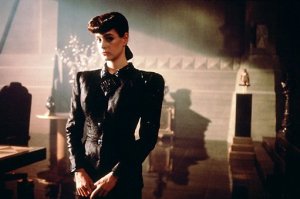 I am a 23 years old girl who has never ever had “Romantic Feelings” for someone. I don’t mean it in a “one true love” way, but more like really kinda liking someone and having pantsfeelings and stuff. I haven’t even had a crush on anyone. Really. Not even when I was a teenager. I used to think that it was something that would come eventually, and I’ve gone on dates, and kissed people, and had sex, all with guys who were as awesome as my friends, but I never felt it. It was always like some sort of experiment, or some anticipation that I would maybe come to feel special about the person given time. (Also, no one’s ever fallen for me either).

I think I got close to it with a friend who asked me out, we had a couple of awkward but nice dates, but it lasted less than a week since he turned out to be an asshole (he had a crush on my best friend the whole time, and two days later started ignoring me to hit on her through text while I was with her. Aaaand that was how I learned we were `just friends`). So that pre-crush went down the drain pretty quickly, and I felt mostly disappointed.

Then last year, I met this awesome guy and asked him out. We had some nice dates, and even had sex (my first time), but I felt nothing, and it was mostly awkward and tense. He was the one who decided to end it, and he was nice about it, and I was nice in turn, and that was it. I did not even feel sad afterwards, which is actually kind of sad.

Now the actual questions: Is this normal? Am I maybe some kind of robot without feelings, or a bad person? Is there something I could do about it, to open myself up to feelings? Is it wrong to ask someone out even if  I`m not feeling it in the hopes that I eventually will, because they are nice and handsome and I like talking to them? Falling in love seems like it feels kind of amazing and frightening (reciprocity is something else entirely), and I want to some day have a real relationship (and sex) with someone I have all sorts of good feelings for and who also has good feelings for me. Maybe I was born incapable of love? Can people maybe sort of sense this and then they shy away from me? Am I just crazy? Am I overthinking it?

I am definitely not asexual, and if I say so myself, I am awesome, and I am mostly very happy with my awesome life. I am getting therapy, but for other issues, and my therapist didn’t help me much on this front. Hopefully you have some ideas.

(I’m sorry if my English sucks, I`m from Brazil and it is not my mother language).

Your English is great.

You are overthinking it.

And there’s no need to administer the Voight-Kampff test. There’s nothing wrong with you.

When I read your letter, it made me think about religious communities in the Middle Ages. It’s weird to sit in this time of “The Bachelor” and “Say Yes To The Dress” and “Your Wedding: Will It Be Expensive Enough?”-media* and think about a time where it was a fairly mainstream, common choice for people to choose to live in a commune and completely forgo the idea of sex and romantic love in favor of hard work, prayer & meditation, and maybe a shot at learning to read.

Do I think that a lot of the writing about experiencing the “ecstasy of the Divine during prayer” sounds suspiciously like “the day I discovered my clitoris/learned that Sister Agatha has magic hands made strong by pious labor?” Yes. Yes I do. People are people. In fact I wonder how many LGBT people who didn’t know how to label what they felt looked at the prospect of religious life and thought “Sign me up!”

I’m not saying “Get thee to a nunnery.”** I’m not saying that people never fell in love or felt those things or that those feelings aren’t real when we do have them, but the way the idea of romantic love is threaded so deeply into our cultural narratives is relatively new for humans. And since those narratives are so prevalent in media (and used so often to sell us things), that it’s not a surprise that you’d feel not-quite-normal if you didn’t experience what you’re being sold. It’s designed to make you abnormal and unsatisfied if you don’t conform, so that you’ll be motivated to buy stuff.***

So here’s my advice:

But my big piece of advice is this:

Keep right on being an awesome person with an awesome life. Focus on finding something you want to do with your life and becoming great at it. Pour your love into your family and friends. Travel. Read voraciously. Learn everything you can about the world. Make your body a source of pleasure and joy, whatever that means for you – eating delicious food, finding exercise you like, dancing, and touching other people when and if it makes you feel good. Pour love and care into yourself, and then pour it out around you into the world as you work to make it a better place.

I think that (probably)(eventually)(after many false-starts and disappointments and fun, sexy experiences) love will find you, and you’ll know it when you see it. But maybe it won’t, in which case, good thing you’ve got that awesome life going on.

*Is Brazilian media as obsessed with weddings as the US, I wonder? Because we are seriously drowning in it.
**Hamlet is probably using “nunnery” as an ironic substitution for “brothel.”  He’s bad at revenge, but great at irony.
***Book/film recommendation: Ways of Seeing, by John Berger.

48 thoughts on “#263: I worry that I might not be able to have romantic feelings for people. Am I a robot?”