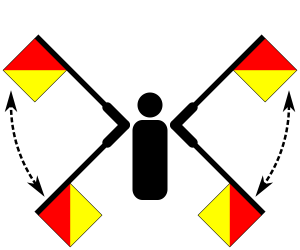 I’m a middle-aged lady who should be able to solve her own problems. And I do, pretty well, except for this one:

Quite a few years ago (just over 20 to be exact) I had a child with a man who immediately dumped me as soon as he found out and offered to pay for an abortion (which I couldn’t conscience anyway). His mom, who was a Roman Catholic, daily-mass type, said to us “I will disown both of you if you have an abortion.” Case on that closed, I guess. My son was the best unexpected gift I ever had, and there are absolutely no regrets there! He’s wonderful and I’m so proud of him. So was his grandma.

His dad’s family was annoying but we stayed in touch anyway – I liked her, we had a lot in common, even if she looked down her nose at me and made me drive well out of my way for monthly visits. And her daughters think I’m scum but they haven’t walked even two steps in my shoes so I don’t much think about them. They’re no friends of mine, for sure.

I can’t say I’m holding a torch for my son’s dad but I can’t forget him either – there’s a lot of good and even wonderful about him, even if he acts like jerk more often than not. So after grandma passes away a few years ago, I see the dad at the funeral, we connect again. Things are nice for a while until he says he is ‘playing tennis’ with another lady. Turns out it’s more than tennis – although he insists I’m his ‘number one.’ But THEN, this Christmas he introduces her to his sisters. What’s up with that?

I’m feeling “Finally, after all these years, my son gets to get to know his dad, and now this!”  It feels really awkward. I don’t know what to do. I should just say “You want to be with both of us? Let me know how that works out for you!” but he still has my heart twisted around his finger. I have tried to break it off but it feels impossible. I need boundary help please!

I want to say in the clearest and most unambiguous terms:

If this were going to happen, it would have happened by now.

If this guy loved you the way you love him, he’s had 20 years to show it. Instead, he’s left you to the mercies of his mean family and brought a different woman home to meet them as his #1 Special Lady.

Your son is an adult and can choose whatever relationship he wants with his dad and his dad’s family. You don’t need to facilitate that (or drive long distances, or eat the shit sandwiches they make you) anymore. You don’t owe it to your son to try to make things work and offer him that fantasy that his parents will end up together. You don’t owe it to the you of 20 years ago, either. “See, it all worked out for the best!” is powerful, powerful mojo and I can absolutely see why it felt good to get involved with this guy again.

I’m really sorry. I can’t imagine how much it sucks to invest so much in someone for so long and have it not work out. I can’t really help you have boundaries about him. I have no funny pop culture analogies. You have to decide inside yourself that you deserve better than this and that you get to close the door on this chapter forever. Only you can face Vader.

I strongly encourage you to look into therapy. (As always, some helpful links for hunting down care are here). This guy is really worn into your grooves and you should have as many qualified people as possible on Team You while you work him out of there. Simple? Does not mean easy, so be very kind to yourself. We all get hung up on people who are not right for us sometimes. It’s going to take some time to process and grieve what might have been, and there are no shortcuts.