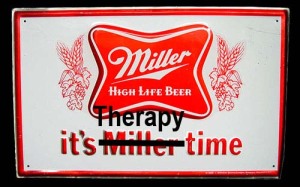 Well, I’m just out of the worst part of a nasty emotional crash and into the ‘ok what the fuck do I do’ section of it. Also the ‘I need a nap’ section of it (stress makes me sleepy).

On New Year’s Eve, I invited some friends over. These are my boyfriend (pseudonym: Kitty), and two friends (pseudonyms: Peaches and Fingers). Kitty, Peaches and I played/assisted/made snarky comments about a particular video game, and we all watched a film together. I thought the evening had gone pretty well.

Additional note: I have been diagnosed with Asperger’s syndrome, and Kitty and Peaches are strongly suspected to have it, although they do not have a formal diagnosis. Fingers doesn’t have Asperger’s syndrome, but he does have a history of depression. Athough to be honest all of us have more issues than the Times newspaper individually.

Last night I was playing another installment in this series and talking to Fingers online. I was geeking out a bit over the game, when he said that he had been bored on NYE and that he never wanted to hear of this particular game series again. I would copy paste but my computer has broken and I have to use a web proxy on the one I am borrowing. He also said he wasn’t going to tell the others because he knew I would tell them anyway. What he said was a lot blunter, and more hurtful. I said sorry and left the computer. I then cried (rare) and self-harmed with a bread knife (really unusual, I only self harm about once a year and just scratching). I also felt like smashing my playstation and destroying my games, and that I was a shitty person and a bad friend.

I’ve calmed down a bit now, although I don’t know what to do. I tried talking to Kitty, he wasn’t much help – although he did know what happened, because Fingers told him for some reason unknown to both myself and Kitty. I also talked to Peaches, who gave me valuable venting space and e-hugs. She’s told me she’d like to yell at him online (although I don’t think this would do much good). I’ve been tempted to do some passive-aggressive bitchy things like taking pictures of my wounds or sarcastically apologising for mentioning the game series on Twitter, but I don’t think that would do any good either. On the other hand I would like to do something – just something that won’t hurt him or damage our relationship.

I have had another crash (wherin I discovered that sorrows are amphibious) also as a result of my reaction to Finger’s behaviour: he arranged to come over, and then cancelled really close to the time. He’s chronically unreliable and it’s quite upsetting. He was hemming and hawwing about NYE too.

Your letter has a lot of wrongness in it.

First, let’s talk about the collection of undiagnosed mental illnesses or spectrum disorders your friends might have.  This is a big “Who knows?” right? Without a diagnosis, you’re just speculating. This is why it’s important to separate behaviors from reasons. You can’t ask someone to stop having a certain disorder, and you can waste a lot of time speculating about the reasons they might be behaving a certain way, but you can ask them to change (or at least moderate) certain behaviors around you.

Even if you did know, having a certain diagnosis really isn’t the shorthand for “Oh, that’s why they are acting like that,” which is something we risk when we define people as their condition. No matter what it says on your respective intake forms, you have to talk to each other about stuff that’s going on and say stuff that you feel out loud with words. No assumptions, no shortcuts.

Which brings us to your argument with your friend over the videogame.  It’s not necessarily that far out of line for him to say “Yeah, I don’t like that game and was pretty bored on NYE, can we talk about something else?”  or, in the course of your chat, “It’s nice that you like the game, but can we talk about something else? It’s not my thing.” Ideally he would have either said something at the party, like suggesting something else you could all do, or bailed early when it was clear you were all really into the game. To turn it into personal insults about you was not cool.

What worries me profoundly is that your reaction to your friend’s words is extremely disproportionate. Smashing all of your games that you love because one dude isn’t into that particular game?  Not a proportionate response. Self-harming = THERAPY TIME. You’re taking his negative emotions about you and your negative emotions about him and channeling it into hurting yourself.  This is not okay.

This is also a big red flag:

“I’ve been tempted to do some passive-aggressive bitchy things like taking pictures of my wounds or sarcastically apologising for mentioning the game series on Twitter, but I don’t think that would do any good either. On the other hand I would like to do something – just something that won’t hurt him or damage our relationship.”

As soon as you start suggesting doing “passive-aggressive bitchy things” as a response to any conflict, I’ve got to whip out a big can of NO.  That is not how mature, emotionally healthy people handle conflict. See also: Taking it to Twitter. Twitter is not a medium for having emotional discussions. I’m also giving a side-eye to having your friend “yelling at him online.” Can’t you do your own yelling?  I’m guessing no, you don’t feel like you can, and we’ll get to that in a second.

I’m going to whip out an even bigger can of AW HELL NO to the whole “I will photograph my wounds to punish him with guilt” ploy. Your wounds are not his fault. They are something you chose to do in response to stuff he said. It may feel compulsive, it may not feel like a choice at the time – you’re in a slightly altered state and are just releasing the stress of negative emotions – but it’s not something that you can hold him responsible for, and even if you could it’s not likely to get you the response that you’re looking for. Dramatic gestures, hints, passive-aggressive sighing or social media status updates, guilt trips are all attempts to manipulate someone into behaving how you want. They do not work, and almost always backfire in a very bad way by producing the opposite reaction because now you are the one who is demonstrably out of line.

Here’s what you do. You call a therapist. Or you get your parents to call one for you, or go to your university’s counseling center, or whatever. Now. Well, today is Sunday. Tomorrow. Something about the way you are processing and expressing emotion is off-kilter and this is a sign you need to deal with it before it becomes a bigger deal. Good news:  You can learn how to get better at having conflict with other people in a more direct and constructive way.

The second thing you do is to email your friend…Fingers, is it?…and say “I’m sorry you are bored by (game) and wish you’d just spoken up on New Year’s Eve instead of expecting us to magically read your mind. Maybe the three of us could have planned a time to play the game when you weren’t with us. However, the way you talked to me the other night was really out of line. You hurt my feelings, and I’d like an apology.”

Do you see how direct that is?  You feel hurt and angry, so you tell him that you are hurt and angry, and you ask directly for what you need.  You can’t control what he will do, but you can express yourself to him honestly and hope for the best. Hopefully he apologizes and makes amends. Maybe he doesn’t, in which case, farewell, Fingers, we hardly knew ye. Maybe the overall message of his flaky behavior and his verbal cruelty is that he doesn’t really want to be friends anymore but doesn’t know how to make a clean break. In any case, it’s not you converting this guy’s negative emotions and poor communication skills into hamburger on your arm, ok?